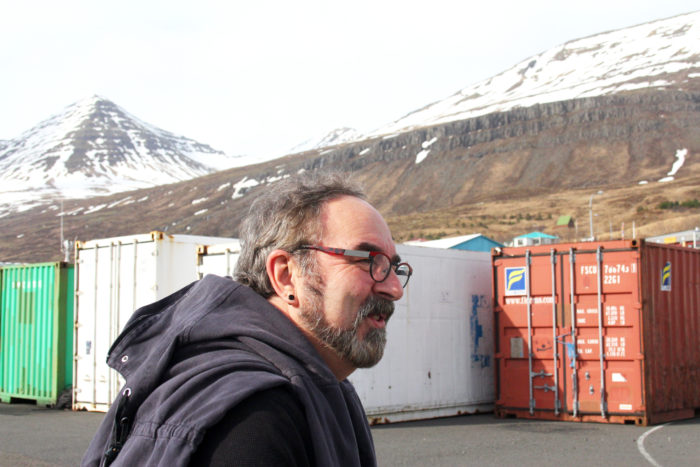 Jerry Jacuzio is an artist and musician from the United States, who joined us here at the Fish Factory for the month of April 2018. Jerry came to the residency to continue to make his magical felted hats and fish masks.

Jerry considers himself as a maker of things and art as a means of magic. For him, art doesn’t come from the logical side of the brain, but from somewhere more mystical and unexplainable side of his being. Initially, Jerry started making the felted hats with twigs and bones as a help for people who had lost their hair, and their magic, during the cancer treatments. This was how he had felt too.

Masks, instead, come from a different place. Jerry got tired of the changes happening in the music venues and saw that the only possible place to continue playing was on the streets. But, he needed to have a mask on to blur the identity of the musician, as a shield, so he started making the mystical masks with angelic writing and other symbols. Jerry is excited planning on a future performance to play music in a fish market in Asia wearing the fish masks he created during the residency. 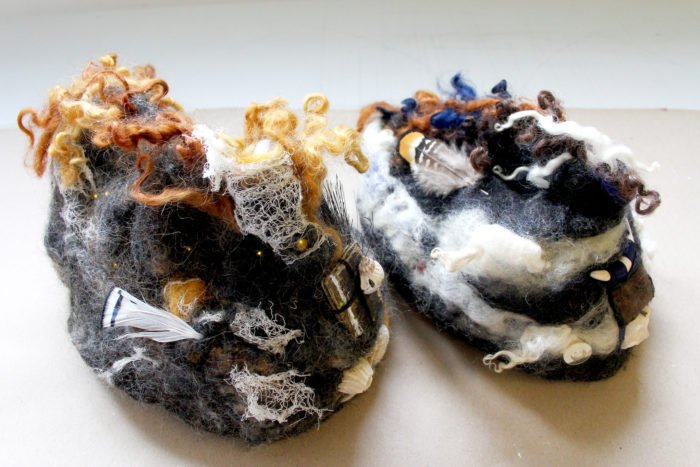 Some work Jerry completed while in the residency in April 2018.