Ingrid Gaier is a painter, textile designer and filmmaker based in Vienna, Austria. She is interested in poetry and finding images of this sort of written expression. Her first poetry film was about a poem by Jewish writer Rose Ausländer.

She has spent her time here at the Fish Factory working on a new animation about Melitta Grünbaum, wife of the composer Victor Urbancic. They have both fled from Austria because of the Holocaust in Central Europe and managed to settle in Iceland in late 1938. She was a sculptor, philosopher and poetry writer and when she died in Reykjavik in 1984 she left behind a voluminous oeuvre of German-language poetry, a selection of which appeared in the 2014 bilingual Icelandic-German book Frá hjara veraldar. 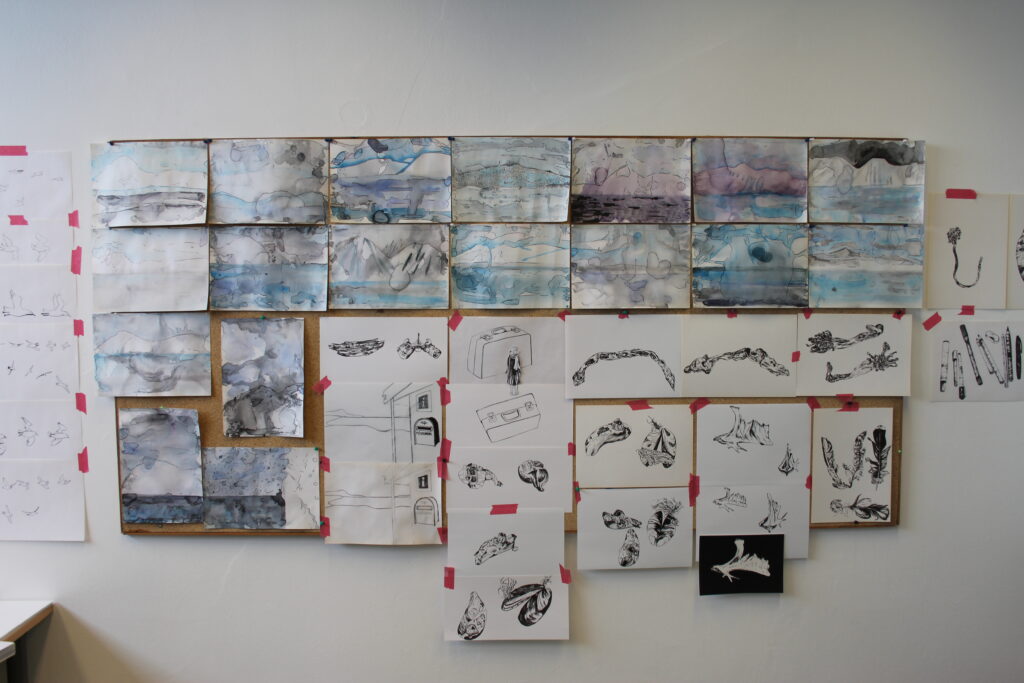 Ingrid wanted to explore the surroundings and landscape of Iceland, a land that saved Melitta. Her working process here was creating images according to Melitta’s poems, which she then transferred into an animation film. She has spent a lot of her time here going on long walks to the nearby fjords and up the mountain. Thank you, Ingrid!

Check out the interview here!