Emma Banks is a poet born and raised in Richmond, Virginia, and who has since wandered all over. She’s currently in the process of completing her BFA in English from Kenyon College and the University of Oxford. While her work is written and therefore visually static, she adds dimensionality to it by weaving storytelling and imagery, crafting together a sort of tempered, ebbing narrative. She is currently in the process of finishing her debut poetry collection, titled A Body of Its Hungers. 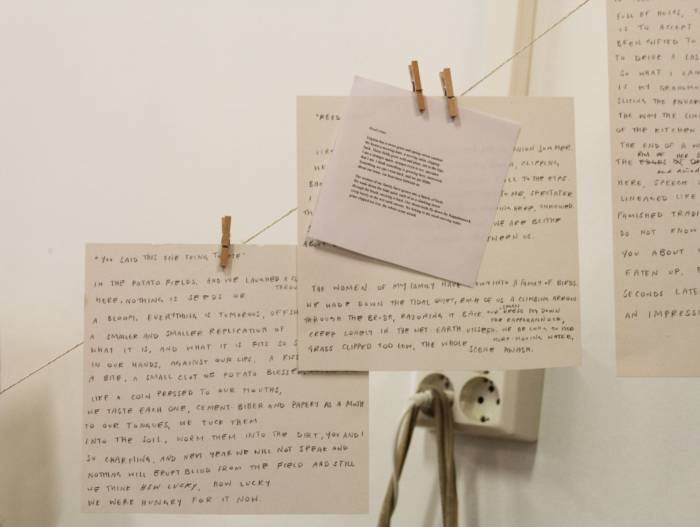 I (so very luckily) came to the factory nearly two years after my project was approved and as an almost entirely different person. This book too has held many forms, both in my relationship to it and the story it’s trying to convey. At first glance, this collection was a reflection of myself and the environments I’ve found myself in over the years. And in a way, it still is: it’s very much tied to the idea of place, to the idea of the self and body in a specific landscape, and the manner in which our memory influences and is influenced by spaces we occupy. But in other ways, it’s no longer just my story that I’m attempting to tell. It’s about my hometown of Richmond, Virginia, which is perched in a water-crossed part of the central Southern United States. It’s about the generations of women in my family, of the birds stalking through the reeds with each season’s tide, of being empty and full, of my leaving and returning. 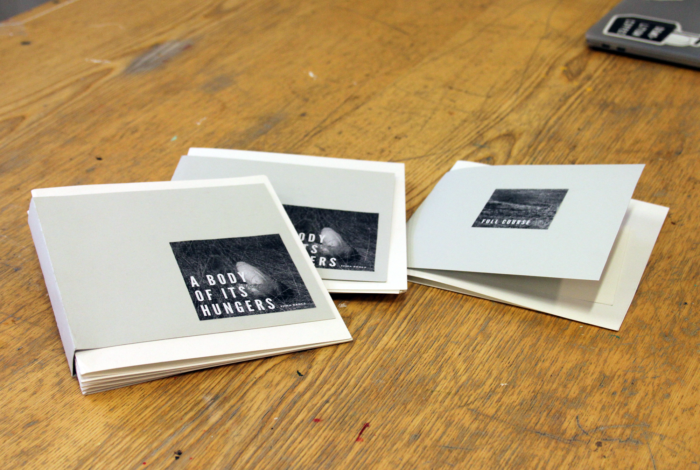 During my residency, I was able to fold a divided prototype of the book, with almost two sections complete. I never anticipated writing nearly half of my book here, but the factory ended up being such a kismet space to redevelop A Body of Its Hungers. That’s not just because of its energy and history (and all the wonderful people within it). Situated right by the mouth of the fjörd and tucked between two mountain ranges, the factory building is both hidden by and revealed through the fog that trudges low towards the water. What a captivating, mysterious, and inherently of-the-landscape space to think about the places I have been, who is still there, and what of me exists because of them.