Dream Wife are a four-piece Punk-Powerpop band hailing from London, UK with Icelandic ties through Singer Rakel Mjöll. Formed in 2014 by Rakel, guitarist Alice Go and Bassist Bella Podpadec as an art college mock-girl-band-project it then developed into a real live act with drum machine, later being joined by drummer Alex Paveley in 2018. They rapidly gained a large following within the UK and have released two studio albums along with a number of hit singles. They have toured extensively for many years across Europe and USA and are renowned for their explosive live energy on the stage. 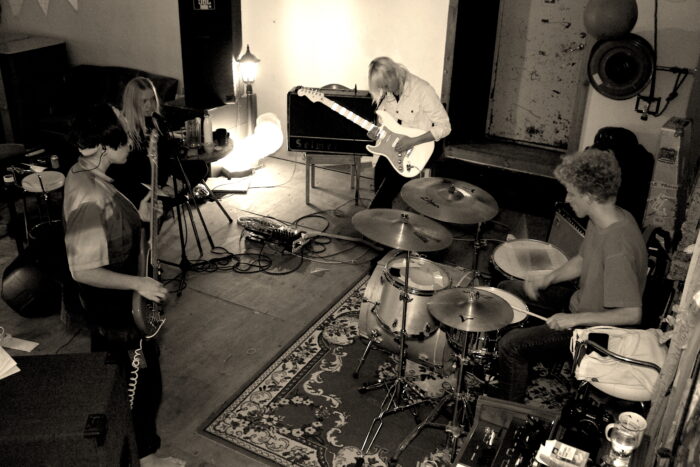 They came to Fish Factory in October 2020 to work on songs for their next album. At that point they hadn’t played together in nearly a year, due to the pandemic and Rakel being in Iceland. This was the perfect opportunity to get together in a peaceful place with access to the concert hall for rehearsals and songwriting. After three weeks of that they then booked two days in Studio Silo, Fish Factory’s Recording Studio, with the intention of recording first versions of the songs that they had put together during their stay. While there they also did a Silo Tape Session with Vinny Wood our House Engineer, along with Blair Alexander on the camera. This is featured in the interview video, with songs from their current album “So When You Gonna…”. It is also available in full on the Studio Silo youtube channel.

It was very nice to have Dream Wife here with us and we look forward to hearing their next album when it gets released into the world!

Check out the interview: