The people who direct and run the Creative Centre are Una Sigurðardóttir & Vincent Wood. The duo takes care of everything from finances and construction work, to cleaning and throwing concerts.

Through out the years the members of the core team have varied and it is important to mention here Rósa Valtingojer, Zdenek Paták and Alexander Smári Gjörveraa. 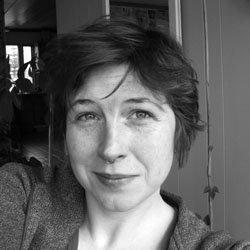 Una was born in 1983 in Reykjavík, Iceland and is an Artist. She has been living in Stöðvarfjörður since early spring 2014, working as a Project Manager at the Creative Centre. In 2008 she completed her BA degree in Fine Arts at Listaháskóla Íslands and an MA in Fine Arts at St. Joost, Holland in 2013. Una has organized and participated in several Artistic events and festivals in recent years in both Iceland and abroad. She sat on the board of Gallery Crymo from 2010-2011 and ran an Artist Studio in Hverfisgata from 2009-2011. She has participated in many exhibitions both in Iceland and abroad, and has done residency stays in Japan and Spain. Una has published three illustrated poetry books in 2007. 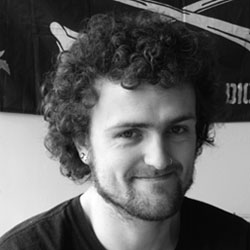 Vincent was born in 1986 and is English by origin but grew up in Ireland. He has been living in Stöðvarfjörður, Iceland since early spring 2014 and is a Project Manager at the Creative Centre. Vincent is educated as an Electronic Engineer but is also a Musician and Recording Engineer. He has ten years experience as a Sound Engineer in both Studio and Live situations. He has also built and ran his own Studio “Atomic Analog” in Ireland from 2004-2014. He now specialises in Analog Recording Techniques and has recorded many published works by both Irish and English Artists. He has also been actively performing throughout Europe for the past nine years with his band Vamos. With Vamos he has released two Studio Albums and a number of Singles. Vincent also set up and ran an Independent Radio Station “Rascal Radio” in Galway, Ireland from 2009-2011. His roles were everything from Technical to managerial with over twenty DJs contributing to the content. And with a keen interest in Electronics and Music, Vincent spends his spare time designing and building Audio Equipment for Live and Studio use.

Tumi shows up every day in the Centre with Una and Vinny and does some important work at the factory. Tumi is big, cuddly and playful guy who loves to give kisses and play tug of war.

Team Members through the years