Enrico Preuß is from Germany and he stayed with us for 3 months, from May to July 2015 to help us build Studio Silo and fix up some audio gear. Enrico is our one and only Sparkle Masse Master! It was great to have him on board and during his stay he got involved in all sorts a stuff with us and truly became a important team member. 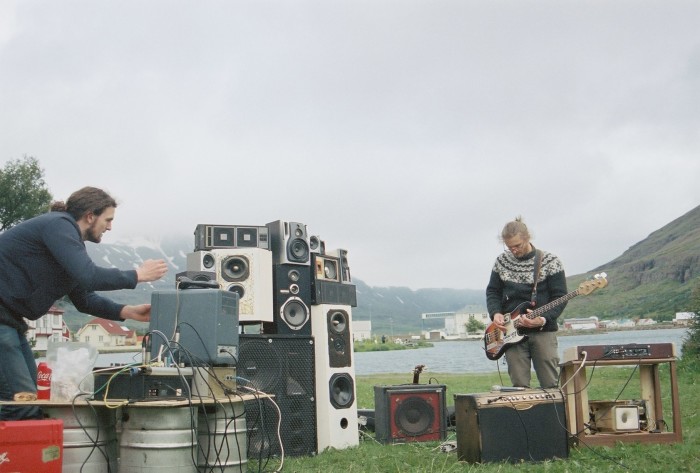 Enrico and Vinny formed the band Trux’o’flux which during it’s sort lifetime performed at Seydisfjord festival and lunched a guerrilla gig at Lunga Festival, – a gig which became known for burning speakers and awesome sound :) And here is a video that Orange ‘Ear made about Trux’o’flux:

Just before Pólar Festival 2015 we built a new stage in the Concert hall with Enrico. That was a really fun project because we built the stage is nearly entirely built from the floor of the hall!  You can see the magic in the video here below :)