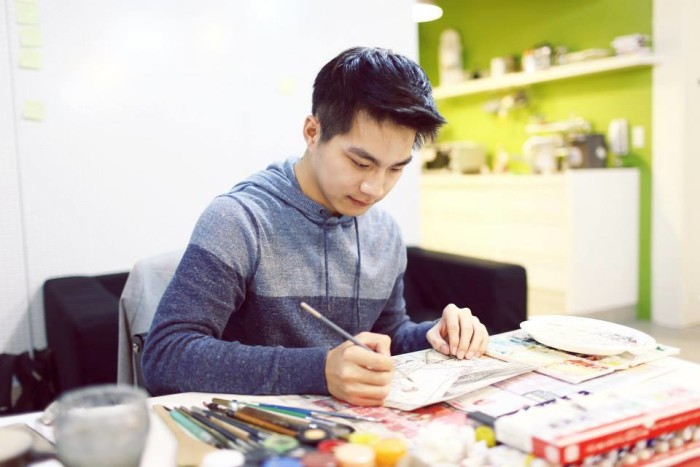 Oscar is an illustrator from Taipei who stayed with us during September 2015. He studied information management in university and barely painted or do some artworks before 2011. He says he started painting in 2011 because of a heart-broken accident. Initially, he just wanted to paint something to release sorrow. In the process, he found there was so much fun in painting. He started posting works on the internet and then received some positive feedbacks. In his experience, he learned how to paint after painting. During his residency here he was interested  about the melting of the Arctic Sea.

To see his work:
http://www.oscartsai.com/