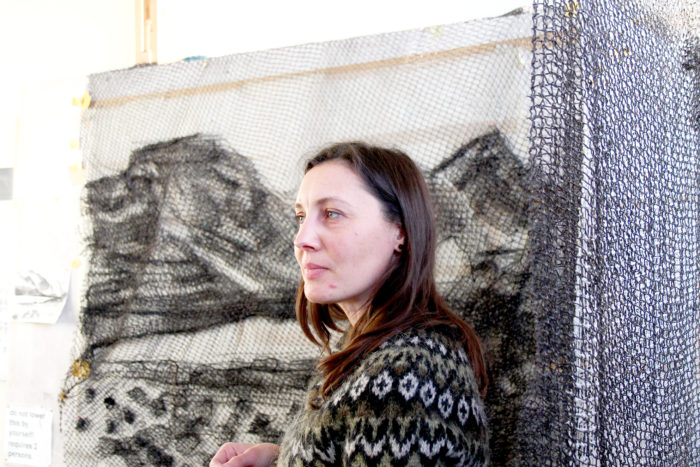 Silvija Juozelskyte is a textile designer and art therapist from Lithuania, who joined us here at the Fish Factory for the month of April 2018. For a Lithuanian, Iceland is an especially important country because it was the first country to recognize the independence of Lithuania back in 1991. And as an homage to that, Lithuanians have an annual festival in Vilnius called Takk Island / Thank you Iceland. The festival is also the reason why Silvija came to the residency to work on a new body of work that she is going to exhibit at the festival.

In general, Silvija’s work finds its inspiration from nature and she uses only natural materials such as linen and wool. In the residency, she was inspired by the Icelandic nature, especially the mountains and the sea. Being at the Fish Factory she was pondering on the history of the place and also, the similarities between the two countries and their fishing trades. Eventually, this led to her making artworks weaving the landscape of Stöðvafjörður on the found fishing net. During her time in the residency, Silvija was also doing a lot of hiking in the mountains and dedicating time to knit a pullover with traditional patterns using Icelandic wool. She was interested in photographing the ropes the fishermen left at the harbor – she saw them as interesting coincidental drawings. 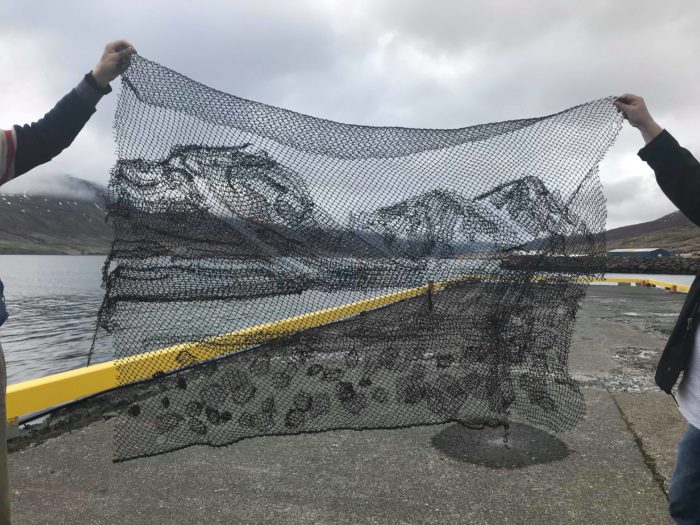 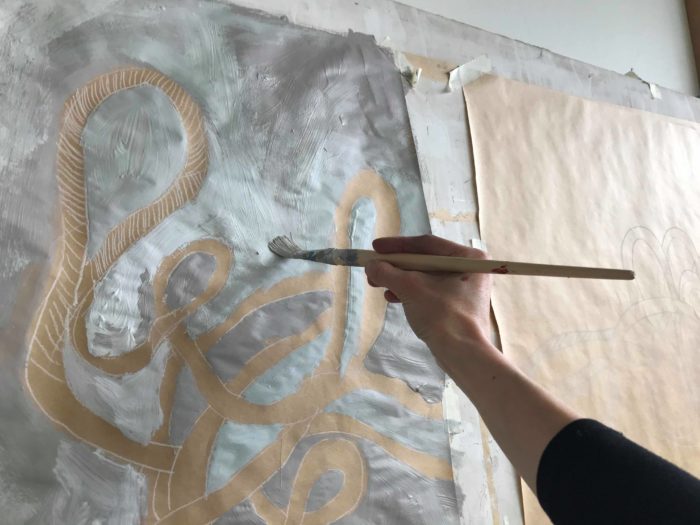 Some artworks Silvija made while in the residency // Silvija Juozelskyte 2018.