Margaux Halloran is a New York-based artist from the United States where she studies fine art at Parsons School of Design. She stayed at the Fish Factory for the month of March where she experimented with oil painting and sculptural works centered around the construction of existing and non-existing structures, and grids. Her project here was to create installation work directly influenced by the natural terrain, and population of Iceland. 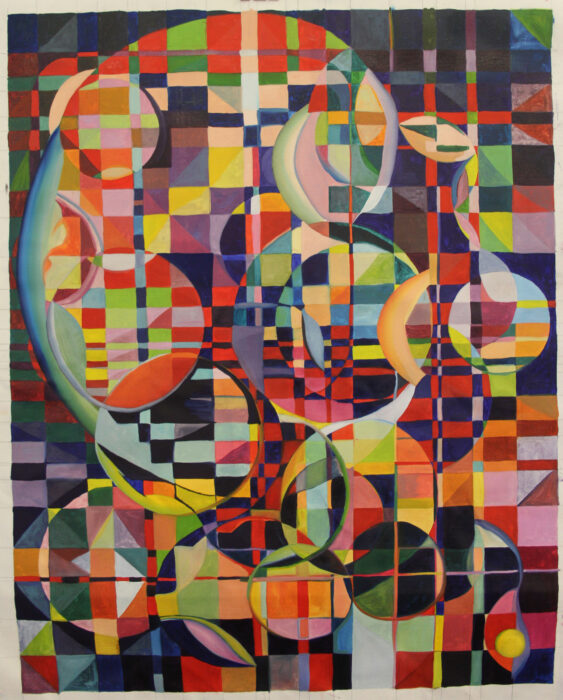 In totality, her practice has been motivated by people and their natural allure towards gatherings – such as, an abundance of something in one place, a grouping of mass, faith, ritualistic expressions, existence in the digital world, sexual desire.

She was interested in finding the meeting point between bodies and the natural world. How do people enact agency in themselves and others when surrounded by emptiness? How does the landscape change gatherings? What is the human footprint in a primitive landscape?