Sofia Fresia and Delfo Pozzi are two Italian artists working in the fields of Painting and Photography. Sofia completed her MFA at the Academy of Fine Arts of Torino in March 2021, while Delfo is studying Photography at Accademia di Brera in Milano.
They decided to go to Iceland together in order to work on a common project focusing on landscape and climate change. During their time at the Fish Factory, Sofia and Delfo realized a series of works on paper using the technique of mixed media on cyanotype: Delfo took the photos and obtained the negatives, then they worked together at the printing process, and finally Sofia modified the printed cyanotype with pencils and watercolors in order to get a final result placed in the middle between painting and photography. During the time they spent in Iceland, they also worked on single projects: Delfo realized some photo series, while Sofia had the opportunity to create two big oil paintings on canvas inspired by pools, her personal universe of visual references. 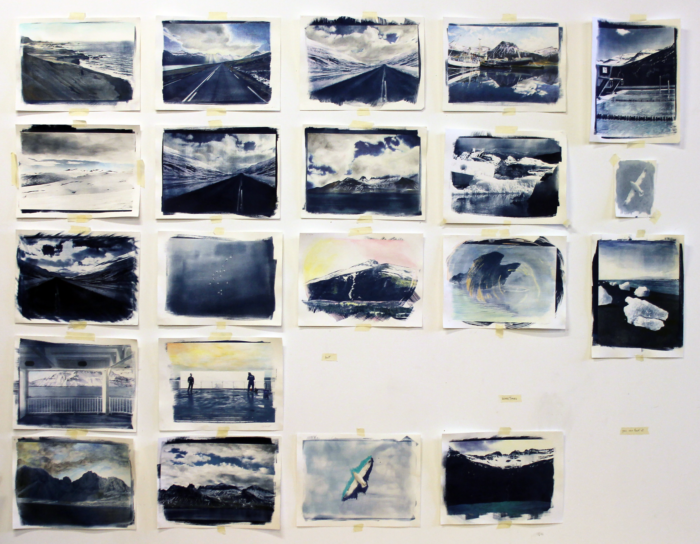 Sofia Fresia (Italy, 1992) is a visual artist who draws mainly on the iconographic universe of swimming to create artworks that deal with contemporary society and the new difficulties involved in being part of it, with particular regard for the environment and for the problems that affect young people living in a changing world. In her main series Pools (2017 – ongoing), she uses references to recurring elements in her own experience, modifying and recombining them in order to create paintings that can provide an active reflection on today’s issues. The constant references to the swimming world recall her personal experience as a swimmer, but also the concept of social liquidity introduced by Z. Bauman and the key role of water for life on Earth. 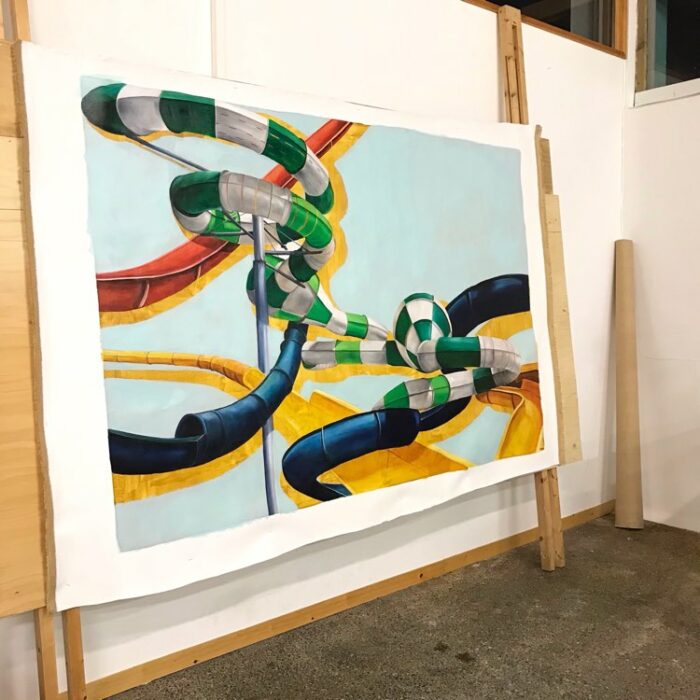 Delfo has been studying Photography at the Accademia di Belle Arti di Brera, Milan, since 2018. After a master’s degree cum laude in Literature at the University of Genoa, with a thesis on the Theory of narration, he chose photography as his favorite medium for expressing himself. Coming from an over ten-year passion for photojournalism and portrait, he is gradually probing and deepening the possibilities related to art photography. Even in this evolution, the goal of his research remains truly humanistic: to collect the testimony of the passage of time and the trace of the complexity of the relationships that are created between people in social contexts. He is a mountain enthusiast who loves rock and ice climbing, skiing, or simply take a tour on foot in the natural environment.

Thank you, Delfo and Sofia! :)