Martina Mäsiarová (1991) is a visual artist and art educator based in Žilina, Slovakia. She is interested in implying Montessori elements to her practice. In 2018 she graduated from The Academy of Fine Arts and Design in Bratislava (Slovakia) in the Department of Painting and Other Media in the studio led by professor Daniel Fischer, later Martin Špirec and Rastislav Podhorský.

In her practice she mainly creates inter-and trans-media projects based on observation (both the outer and the inner world) through drawing as a usual starting point, which often leads to the extension to spatial installations, site-specific interventions, and eventually creating complex environments that are opened toward all the art media, emphasizing on their interconnection, harmonization, supporting and underlining each other. The core of her interest is a relationship: the process of creating a relationship, communication, dialogue, the feeling of closeness – whether as an ideological and conceptual theme within her artworks or as a form of creation and realization of the artwork or in collaborative projects in relation of her toward the other, the space or the world. 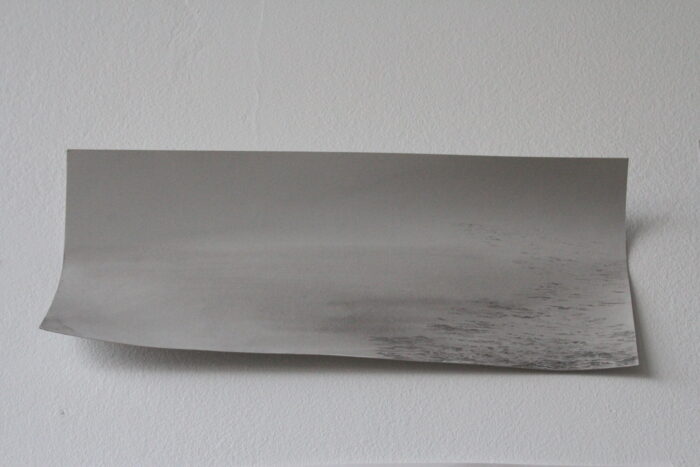 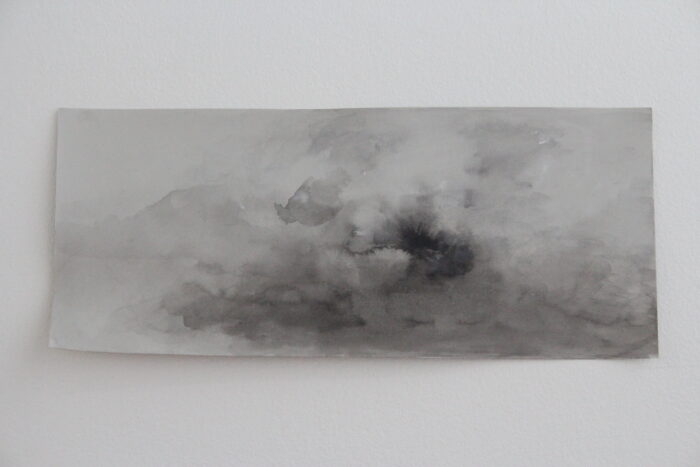 ”In the last couple of years my work gained certain elements of performativity, body-ness, temporality, it has deflected from visuality and imagery towards immaterial – gesture, word, movement, atmosphere. Let´s call it “situations”. By creating a situation, I explore ways of evoking a bodily experience using im-material means (sound, light, drawing with just a minimal trace, gesture, fleeting movement in the space…the body subtly touches another body, lungs exhale, the moon overlays the sun. stealthy). I try to evoke a suggestive feeling, to create some sort of timelessness, to make one feel present, to experience the moment, the being, being present. This comes together with questioning the impact of memory: how does memory influence our perception of space? I analyze the space limits and limitations, as well as limits of one´s body – what does the „outside“ mean? Where does the „inside“ begin? What is bigger: the outside or the inside? What „in-between” is? 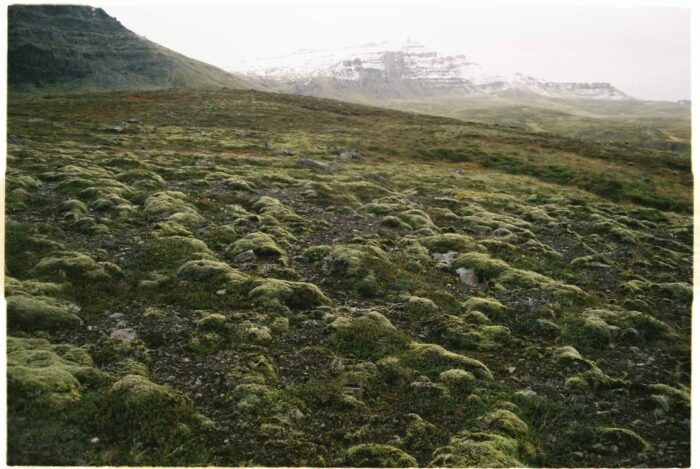 During my residency in Fish Factory, I wanted to continue in my long-term research of the topics essential for my work – a mountain, sound, body and memory. These mutually overlap and interfere, together with my fascination with the sea and wind and sky. I was specifically fascinated by a phenomenon of the indistinctness of the horizon: the state of quietness, emptiness, stillness, indefiniteness; the time when the day turns into night and the light and dark have the same intensity, listening to the stones, their stories and histories, following the horizon, tracing the fog… Is there a way to reach the horizon? Is there a way to draw it? Is there a way to draw it, except the line? When I reach its point – would I find the edge of the world?

Most of the time during my stay I spent observing and perceiving the landscape. Only through a bodily experience and movement in the mountains and sea could I explore it as a whole. The result of my walks and runs and hikes and wandering and getting lost and found is a series of drawings and ink paintings, notes and videos. Now, more is to come…”